The Jimen Jurisprudence Workshop is an academic association of the China University of Political Science and Law. It aims to promote academic exchange and reflect the latest developments in Anglo-American legal philosophy. The Workshop was incorporated into the Institute for Legal Philosophy and Interdisciplinary Legal Research in December 2011.

Legal Theory in China is a new electronic journal edited by the Jimen Jurisprudence Workshop. This journal concentrates on the latest research in Anglo-American legal philosophy, and aims to build platform for communication between Chinese researchers and students in this field. 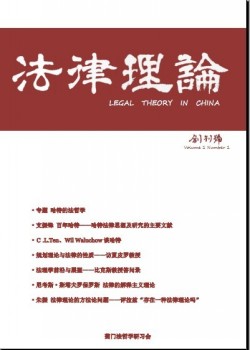 The journal was established by undergraduates and graduates who are interested in legal philosophy and is supported by three professors – Fan Libo, Chen Jinghui and Liu Yeshen – who serve as the journal’s academic advisors.

The journal is composed of six parts: Interviews, Symposium, Reviews, Translations, Prefaces and Postscripts of Books, and information on the Latest Academic Developments.